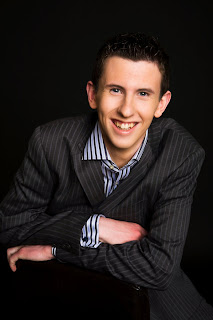 This is the first of several interviews I hope to conduct with Crystal swing over the next few months when our schedules will allow it. I will be talking to the three members of Crystal swing. This week I spoke with Derek Burke lead singer and front man for Crystal Swing.

Where to start, Crystal Swing comprises of the Burke family from East Cork,  Mary a fine musician and overall brains behind the outfit as well as being mother to, Derek on vocals and Dervla, who in my mind is one of the finest singers ever to come out of Cork. When she sings country you really have to listen, an accomplished singer with a great voice. Anyway I guess I better go back to the first time I came across Crystal Swing. "He drinks Tequila" was their first video I saw from Crystal Swing on the well known SKY TV Program Hot Country, My own video (Lifetime Guarantee was also on the same show) within weeks it was put on youtube and from there it went viral,  getting roughly 100,000 hits in the first few days alone, within two weeks it had hit over the half a million mark. Currently on youtube the combined footage and video clips of Crystal Swing surpass the 3 million views mark & thats not including the millions of TV viewers across the globe.

Now there are companies, film makers, bands, movie stars all hoping to acheive what Crystal Swing have managed to do, go viral on the internet. The rewards for this are amazing, in this case Ellen DeGeneres saw the band, loved the band and had them on her tv program - the result millions of viewers, The Late Late Show followed suite and before you knew it they were on every newspaper, radio show, tv program in Ireland, all because of the video "He Drinks Tequila". I remember talking to the producer of Hot Country at the time as he knew I was involved in web design and had done many videos for YouTube and he asked my advice on the video and the reaction it was getting at the time. I pointed out that many people would pay a fortune to go viral and that it was all positive for Crystal Swing. I told him to let it roll, leave it online and make the most of the publicity and if the band handled it right it would be huge for them, little did I know how huge it was going to be. 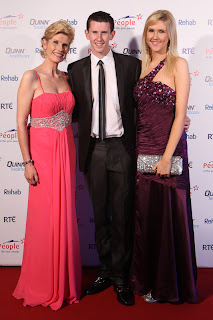 To be honest at the time there was a very mixed reaction to the video with many people looking at it to see what all the fuss was about some loved it, others wanted to have a laugh, but lets face it "Who has the last laugh now" Crystal Swing, took it all on board and rolled with it, they didnt pander to the naysayers, they didn't get caught up in negative reaction, they pushed onwards, they used it as a launchpad to show that Crystal Swing were not just a one hit wonder, a one track pony, they  are behind it all, very genuine, honest, very hard working & nice people. The music business is not all about talent, its about hard graft, its about drive, ambition, luck, work ethic, and the ability to entertain. All you have to do is watch any of the X factor programs, Britain's got talent etc to see the judges don't always pick the best singer but they pick someone who has all the above attributes that are needed to make it in this business. How many times do you think you have to pick yourself up, listen to the critics, dust yourself off and go on stage again and face the same problems and backlash from some one who has had a bad day at the office or just does not like your shirt , its common in the music business to go on stage and please 99% of the audience but the 1% will complain, give out and be twice as loud as the other 99% and are never afraid to tell you what they think. Crystal Swing have huge support from rural Ireland. they are on a roll and have not looked back since the day they decided to appear on Hot Country.

I knew that I wanted to invite them on my radio show for an interview, after all they have put Cork on the musical map of the world. So I got in touch with Derek and without hesitation he agreed to chat with me. Because of his busy schedule we decided to do this interview over the phone and some time in the future get the band into the studio and have a more informal chat.

I have interviewed many singers down through the years and I have gotten used to listening to the self promotion which sometimes goes with these interviews, speaking with Derek there was none of that, we could have been sitting in a pub talking about the match, motor racing or any other subject. Derek has a great sense of humor and a great sense of the locality. He knows where he comes from and is very proud of all they have achieved as a family and as a group, and rightly so in my own opinion. There are no big egos involved here, no big attitudes about music or how big they have become, just a chat with a very honest, humorous guy.

I started off by asking Derek how things were going for the group in the last year, bearing in mind its just over a year since they hit the world music headlines. Derek replied that its been a crazy year things were flying and they were busy touring and playing.  He spoke at length about how things are going and how they have taken it all on board and are going from strength to strength. I brought up the subject of the white suit and the reasons he wore it, we spoke about travelling as a family and how everyone gets on, we spoke about his plans if Crystal Swing had not taken the world by storm. He spoke about the new single which will be out just before Christmas an original song written by John Waters and Tommy Moran who have had big hits with songs in the past and have written for the Eurovision.

He also spoke about several shows they had coming up and mentioned that they would be appearing in The Cork Opera House in the new year on Sunday 8th January, 2012 with guests Louise Morrissey, Art Supple, Dave Lawlor and Simon Casey.  www.corkoperahouse.ie
I look forward to talking to Mary and Dervla sometime in the near future. To hear the interview click on the link below.

Total Eclipse of the Heart